REAL ESTATE SALES: Taxable or not?

In a December 13, 2019 French Tax Court of Canada case, at issue was whether two apartment buildings sold by the taxpayer were on account of capital (as filed by the taxpayer) or income (as assessed by CRA).

After acquiring the two apartment buildings, the taxpayer paid the tenants to voluntarily vacate their leases. The buildings were then renovated and sold for a profit. The taxpayer argued that it was only after the discovery of fundamental structural problems with the properties that the original plan to rent the units changed, and that the taxpayer decided to resell both buildings.

Taxpayer loses
The Court did not accept the taxpayer’s argument that the corporation did not have the funds to finance the renovations required due to the substantial structural problems, as it paid large amounts to the tenants to vacate the property. Also, it concluded that it was highly improbable that, at the time of acquisition, the taxpayer was not aware of the extent of the problems affecting the properties.

The following factors were also considered to indicate the property was acquired for resale:

The Court ruled that, on the balance of probabilities, the intention of the taxpayer was to resell the properties at a profit. The sale was therefore on account of income and fully taxable.

ACTION ITEMS: Retain documentation, (emails, letters etc.), which occurred at or around the time of purchase to support your position as to whether the property was acquired on account of income or capital 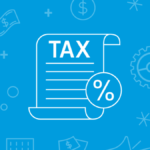