Individuals who normally receive OAS are occasionally surprised when some OAS is subject to a special tax (commonly referred to as a “clawback”) with their T1 tax filings due to high earnings. In particular, OAS is clawed back at a rate of 15% of adjusted income (AI) received in that year over an indexed threshold amount.

AI is net income before the deduction of any clawback with a few modifications, such as removal of Registered Disability Savings Plan (RDSP) income inclusions.

OAS payments starting in July are subject to withholdings based on AI of the prior calendar year. If it is known that AI for the current year will be less than that of the prior year, Form T1213(OAS) can be filed to request reduced withholdings.

Defer commencement of OAS receipt Future OAS payment increases of .6% per month of delay (to a maximum of 36% for 5 years of deferral) are provided to compensate for the deferral of OAS pension payments. This flexibility may permit a person to reduce or eliminate the OAS clawback by deferring the receipt of OAS until the income of the person is below the AI clawback threshold. If OAS will be clawed back in its entirety, it costs noting to delay but provides the benefit of increased future payments. Increased OAS payments also increase the AI level at which all OAS is clawed back.

A further possibility for a high-income individual is to retroactively apply early in a year after reaching age 65 to receive up to additional 11 months of benefits in a single calendar year, hopefully retaining some benefits in that one year. For high-income seniors, application could be delayed resulting in the full 36% enhancement and 23 payments received in the year the individual reaches age 72.

Use resources that reduce AI

It is important to know how certain sources of income affect AI as any changes between the beginning clawback threshold and the amount at which OAS is completely eroded carry a 15% impact on OAS entitlement. Note that 115% of ineligible dividends and 138% of eligible dividends are included in AI. On the other hand, only 50% of capital gains are included.

Watch out for deductions

From an overall perspective, it may even be beneficial to shift pension income to the higher-earning spouse if it reduces clawback for the lower earner, despite the increase in marginal tax rates.

Certain deductions such as non-capital and net capital losses, the capital gains deduction, and the northern residence deduction will not reduce clawback. As such, for example, while no tax may need to be paid on the sale of qualified small business shares or qualified farm property, OAS could still be significantly impacted. On the other hand, deductions for pension splitting, which are discretionary, do reduce AI.

If an individual’s AI will unavoidably already fully eliminate OAS, consider whether additional amounts that have high impacts on AI could be taken into income in the current year, with the after-tax amounts to be used to fund needs in future years. Likewise, if far below the prescribed threshold, the same may be considered as additional amounts do not erode OAS until that threshold is reached. Of course, the advantages would have to be balanced against any differences in applicable marginal tax rates and other income-tested benefits.

Individuals should also consider whether funds needed for the year could be obtained from sources that do not impact AI at all, such as capital dividends, capital withdrawals from investments, trust distributions of capital, TFSA withdrawals, repayment of shareholder loans, or obtaining new loans.

ACTION ITEM: Care should be taken to minimize the current year and future year clawbacks to Old Age Security payments. 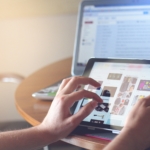