The following is a list of the new tax measures announced in the Economic Statement. These are not yet in effect, as the government indicated that it will provide details in the 2023 Federal Budget or at a later date.

Intention to proceed with previously-announced measures

The government reiterated its intention to proceed with previously-announced tax measures and introduced Bill C-32 to implement these measures. Below are some of the notable measures:

Notably absent from Bill C-32 are the new Mandatory Disclosure Rules (reportable transactions, notifiable transactions and uncertain tax treatments). The government still intends to proceed with these rules but confessed that it needs more time to consider the feedback it received from the tax community before it proceeds with legislation. As a result, the proposed implementation date of Jan. 1, 2023, for reportable transactions and notifiable transactions is being pushed back to an unspecified date (whenever the legislation for the mandatory disclosure rules receives Royal Assent). The government still intends to have the uncertain tax treatment rules apply for taxation years starting on or after Jan. 1, 2023 (but the penalties will not be applicable until the legislation receives Royal Assent).

The excessive interest and financing expense limitation (EIFEL) rules – announced as part of Budget 2021 – were first released in draft form on Feb. 4, 2022. On Nov. 3, 2022, the Department of Finance released an updated package of the draft EIFEL legislation, which provides essential considerations to the middle market of Canada.

The EIFEL rules have not been enacted yet. However, it is not too early to consider their application.

IFE includes, among other things: interest; financing expenses that are ‘capitalized’ and deducted as capital cost allowance or as amounts in respect of resource expenditure pools; an imputed amount of interest in respect of certain finance leases; certain amounts that are economically equivalent to interest or that can reasonably be considered part of the cost of funding; and various expenses incurred in obtaining financing. IFR includes the taxpayer’s interest income, as well as other income from the provision of financing.

To whom does EIFEL apply?

The following entities are excluded from the EIFEL regime:

Subject to certain conditions, taxpayers (including corporations and partnerships) may file an election to exclude IFE and IFR from the application of the 30% or 40% fixed ratio of deductible IFE when they are members of the same corporate group. This election facilitates domestic loss-consolidation transactions, which allow the losses of one group member to offset against the income of another group member.

Further, IFE incurred in respect of certain public-private partnership infrastructure projects (P3 projects), e.g., to design, build, finance, maintain, and operate, real or immovable property owned by the public sector authority, will be exempt from the scope of the rules.

Taxpayers who are members of an accounting consolidated group or would be if the group were required to prepare such statements under IFRS, can elect to deduct IFE based on a group ratio, which may be in excess of the fixed ratio.

The maximum amount of IFE the consolidated group members are collectively permitted to deduct is generally determined as the lowest of: (i) the total of each Canadian group member’s ATI multiplied by the group ratio; (ii) the consolidated group’s net interest expense; and (iii) the total amount of ATI of each group member. The group may apportion this maximum deductible amount among its Canadian group members in its group ratio election. This flexible allocation mechanism allows taxpayers to redistribute the group ratio deduction capacity where it is most needed.

What should corporations do?

Once enacted, these rules will have a significant impact on the tax obligations of resident and non-resident taxpayers having IFE from arm’s length or non-arm’s length sources. Further, IFE paid before the enactment of these rules (i.e., during “pre-regime” years), including the present tax year, will affect the taxpayer’s beginning balance of carryforward deduction capacity. Therefore, taxpayers should carefully analyze the application of these rules along with other provisions in the Act on the deductibility of IFE.

Rules for reporting income in the digital world and gig economy

The Department of Finance has released draft legislation to adapt the OECD’s “Model Rules for Reporting by Platform Operators with respect to Sellers in the Sharing and Gig Economy” for Canadian income tax purposes. The government sees these rules as necessary because the gig economy is causing a shift away from traditional employment relationships and, therefore, the traditional employer reporting obligations. Many of these gig economy businesses operate through online platforms – e.g., Airbnb and Uber – necessitating new reporting obligations.

These legislative changes will not create additional tax liability. Instead, the resulting reporting will provide the CRA with additional information to ensure tax compliance from those who use online platforms to provide goods or services. The draft legislation is slated to come into force on Jan. 1, 2024.

The draft legislation introduces several new definitions and entities. For the purposes of this summary, below is a high-level overview of “reporting platform operator” and “seller”. Sellers are platform users registered on the platform during the relevant period to provide goods or services. This group is further subdivided into three categories: active sellers, excluded sellers, and reportable sellers. Reportable sellers are sellers that provide services or sell goods, receiving consideration for selling goods or providing relevant services during the period unless an exclusion applies.

Reportable sellers face a penalty if they fail to provide their tax identification number, such as a business number, to the reporting platform operator unless they are exempted from providing the number. 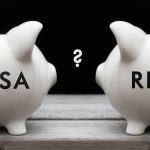 EXECUTOR: Whether to Accept This RoleNovember 8th, 2022

Individuals may be asked to take on various roles in respect of loved ones, friends, clients, or others. One role that is particularly riddled with...
Read More >